You were made in God’s image!

26 Then God said, “Let us make mankind in our image, in our likeness, so that they may rule over the fish in the sea and the birds in the sky, over the livestock and all the wild animals, and over all the creatures that move along the ground.”

27 So God created mankind in his own image,

in the image of God he created them;

male and female he created them.

He was wearing a faded pair of blue jeans, cracked clay caked and sun-bleached boots, a once white t-shirt with a collar so stretched out it looked like a V-neck and an unshaven face. She had real pearls on her necklace, earrings, bracelets and rings, a dress that flowed out behind her as if she were a bride walking down the aisle, hair washed with highlights, pins, curls and braids, makeup that was the result of watching hours of YouTube tutorials and chocolate brown boots so soft it would make a newborn jealous. Meeting someone for the first time, we often ask “What do they look like?” Today we are an image obsessed culture, and for now we will just talk about what our clothes look like. Clothes are a great blessing and necessity for all of us. They provide us with warmth or keep us cool. They cover up what God intends for us to keep covered up and we can even write “Jesus loves you” on a T-shirt to spread the good news.

When God created the world, he made mankind in his image. In the very first chapter of the Bible, God used the term “image” to describe our relationship to him beginning with verse 26, 26 Then God said, “Let us make mankind in our image, in our likeness, so that they may rule over the fish in the sea and the birds in the sky, over the livestock and all the wild animals, and over all the creatures that move along the ground.” In these words, God gives us a glimpse into the purpose for creating mankind with the image of God. Mankind was to rule over all the living things God created. And, in order to rule, God gave mankind his image, which can be summarized as God’s holiness which can be expressed in goodness, wisdom and love. At this point, we need to clarify that God’s image does not have anything to do with something physical because God is a spirit and has no physical form as we hear in John 4, 24 “God is spirit, and his worshipers must worship in the Spirit and in truth.” Adam and Eve would have gone on to rule over God’s creation in a good, wise and loving way, but they gave up the image of God when they chose to go against his good, wise and loving command. God had commanded them not to eat from the tree of the knowledge of good and evil, but they listened to the devil eating from it corrupting their spirit, heart and soul.

Mankind was made in God’s image, but that image was lost. Now that the image of God has been lost you and I are sinful. When you and I were born, we were born in the image of our sinful earthly fathers as happened to Adam and his son as we hear in Genesis 5, 3 “When Adam had lived 130 years, he had a son in his own likeness, in his own image; and he named him Seth.” Since we no longer have God’s image, but the image of sinful man, we are no longer good, wise and loving by nature. When we are born, we are bad and naughty, it just comes naturally to us. And, worse, we are born without a relationship with God on a path to death and hell.

What happened to mankind when they lost the image of God is like what can happen when you bring home a puppy for the first time. You get everything ready in your home as God had done in creating the world for Adam and Eve. You give the puppy all the training it needs, and God gave Adam and Eve his image to know what was right and good. Then you leave your puppy alone and it destroys your house by using the wall and carpet as a restroom, chewing up your shoes, the couch, chairs, the remote, and when you get home the dog runs out the door. After God made mankind in his image, they chose to rebel against him, destroying the world leaving us in the broken world we have today.

This havoc that sin and losing the image of God caused is all around us, but you and I have been called to faith. Our sins have been forgiven, and we are called to leave sin behind being renewed in the image of God by the Holy Spirit. You and I were like the dog who destroyed the owner’s house and ran out, but the owner ran after us and brought us home. So, when you and I continue to rebel, we are turning our backs on God after he made us in his image by the gift of faith. When you and I sin, we are acting like the image of man and turning against the image of God. And, the worst part then is not the sinning, though that is truly back, but the worst part of you and I as believers sinning is that we go against the forgiving, loving God we know.

Today on Trinity Sunday, we hear again what the true God is like. God is three in one, that is where we get the word “triune.” The Bible says that God is one, yet it also names the Father, Son and Holy Spirit as God. There is one God and three persons. That is who God is, and to understanding his image also means talking about what he does. He is the Creator, Redeemer and Sanctifier. As your Creator, God knows you inside and out mind, body and spirit better than you or anyone else. He created you to be his, and when you rejected him, he saved you. Jesus, the Redeemer, the Son of God and Son of Man, paid the price to save you from your sins by dying on the cross. And, the Holy Spirit has called you to faith, setting you apart or sanctifying you as his own and restoring the image of God in you. You now have both the image of man and the image of God at war inside of you. It is the reason you continue to sin, even though you know it is wrong. It is also the reason why you show goodness, wisdom and love to others because God is working through you and with your new spirit of faith to live once again as he first intended when he made Adam and Eve in the Garden of Eden. And, once you are with God in heaven, you will only have the image of God again so that you are completely free from sin and able to live as one of God’s good, joyful and perfect people.

God gave us the tools to use to restore one another to the image of God. In Matthew 28, Jesus said, 18 … “All authority in heaven and on earth has been given to me. 19 Therefore go and make disciples of all nations, baptizing them in the name of the Father and of the Son and of the Holy Spirit.” Through baptism, God puts his Triune name on you calling you to be his own, washing away your sins and creating that new heart, the image of God, inside of you. And to keep you from losing that faith, new heart, new image, and returning the dirty mud of your sins, Jesus continued with these words to the disciples that all who are baptized and brought to faith would remain in the faith and grow, 20 “and teaching them to obey everything I have commanded you. And surely I am with you always, to the very end of the age.” Jesus as God knows all that was lost when the image of God was replace with the sinful image of man. So, he saved you and gave our believing brothers and sisters who came before us these words of instruction on how God would continue saving and how he would be the everlasting power behind his disciples, you and I, and all who believe in him. Growing in knowledge of God’s Word strengthens your faith and the image of God inside of you.

As a believer still in this world with your image of man clinging to you, the image obsession of the world threatens your faith. And, this image obsession of the world is not new. Paul wrote to the Corinthians about this same sinful obsession in 2 Corinthians 4, 4 “The god of this age has blinded the minds of unbelievers, so that they cannot see the light of the gospel that displays the glory of Christ, who is the image of God.” Only seeing someone for their appearance comes from the blind unbelief of a sinful heart. The image of man, sin and unbelief fail to know the true God, Father, Son and Holy Spirit, and are lost seeing a superficial, shallow view of the world leading to conflict, death and hell. Whereas God’s people as Paul says in Colossians 3, 10 … “have put on the new self, which is being renewed in knowledge in the image of its Creator.” With the image of God being renewed in your heart, you fight to see the hearts of people. You fight with patience, listening and love to see souls, not the worn out or spotless soles of someone’s shoes, but worn out souls who need to hear about Jesus’ sacrifice for them, his forgiveness won by valuing their lives so much that he gave up his own, to give them eternal life, and those who cling to their own idea of a spotless life to see their sin and the condemnation waiting for those who trust in themselves and reject Jesus as their Savior. You have pearls, not the pearls from an oyster, but pearls of wisdom, especially for all those looking for a spouse, to understand that true lasting beauty must first be found in how a person acts and speaks, that reveals the hidden heart inside. And, faith will certainly show itself or not show itself depending on whether a person believes or does not. And, that wisdom extends to who you befriend at school, at work, online, in person, at the gym, on the street, etc.

A question often asked before meeting someone new is, “What do they look like?” As a believer, stop and first remind yourself of the answer to this question, “Who do you look like?” And, just like a child’s image depends on the parents, who you are has everything to do with who God made you to be. You have been called to faith in Jesus and called to see, love and save souls. The work of the Triune God to make you his and give you a new life is recorded in 2 Corinthians 13, 14 “May the grace of the Lord Jesus Christ, and the love of God, and the fellowship of the Holy Spirit be with you all.” God’s grace, love and fellowship are yours. Through God’s work to forgive you and put faith in your heart you were made in God’s image. Amen. 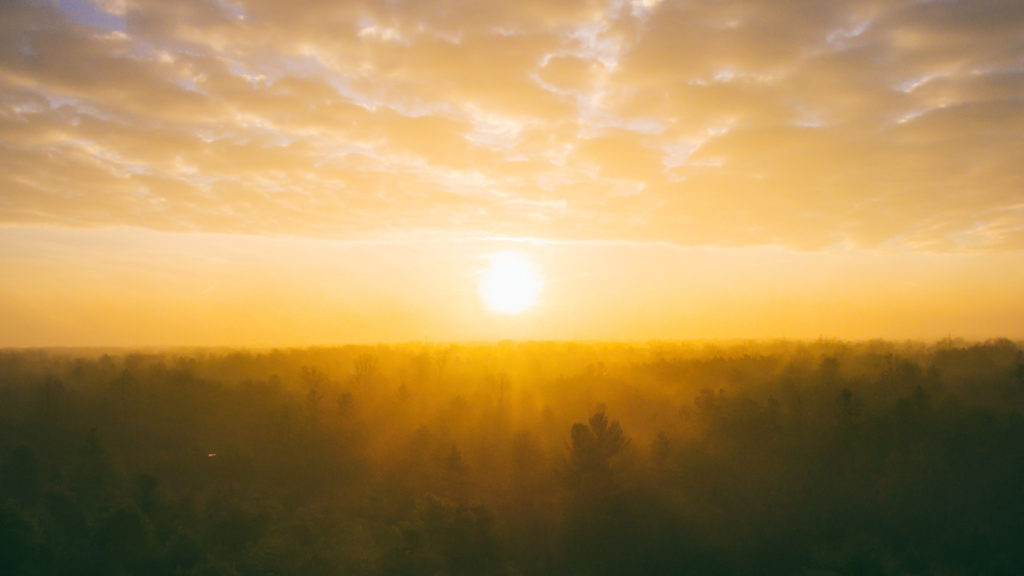 Eat what the Lord gives you! 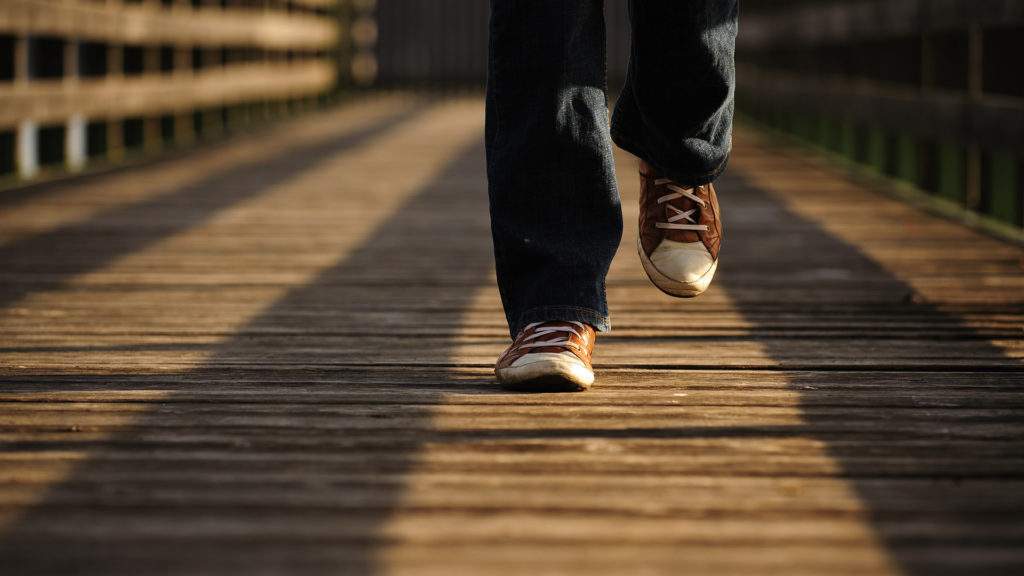 A Prophet is Coming to Town

Guard the life that was given to you with the help of the Spirit!