18 The Lord God said, “It is not good for the man to be alone. I will make a helper suitable for him.”

But for Adam no suitable helper was found. 21 So the Lord God caused the man to fall into a deep sleep; and while he was sleeping, he took one of the man’s ribs and then closed up the place with flesh. 22 Then the Lord God made a woman from the rib he had taken out of the man, and he brought her to the man.

“This is now bone of my bones

and flesh of my flesh;

she shall be called ‘woman,’

for she was taken out of man.”

24 That is why a man leaves his father and mother and is united to his wife, and they become one flesh.

Many awkward situations have resulted from keeping separated from one another to try to prevent the spread of the virus. I have noticed people talking over one another and interrupting one another in face-to-face conversations, as if they had forgotten the regular rhythm of listening and responding. I have also noticed two people bumping into one another as they try to squeeze through a door at the same time because neither stopped to let the other through. There are many other examples, but they all reveal how quickly we can forget the regular pattern of life.

Adam faced an awkward situation on Friday. It began as a normal Friday for Adam, at least it seemed normal, since it was the first Friday that he had ever been alive to experience. Adam was living his first day in the Garden of Eden, when God had the animals he created come to Adam so he could name them. It was a unique experience to see the wide variety of creatures God had made and be able to give them names. As the day went on however, Adam realized something, he was alone. In Genesis 2, we read, 18 “The Lord God said, ‘It is not good for the man to be alone. I will make a helper suitable for him.’” God knew Adam was alone and he knew that Adam would realize this by seeing all the other male and female animals pass in front of him.

God wanted Adam to see, understand and feel his need for a “helper suitable for him.” The term translated helper is a term God uses for himself throughout the Old Testament and a term for his help for all of humanity. The term suitable could also be translated as ‘counterpart.’ This means that God wanted Adam to see he had no one standing with him that complimented him, who had things he was missing and needed, who would also benefit from what he had to give. After Adam realized his need, God helped him. We read, 21 “So the Lord God caused the man to fall into a deep sleep; and while he was sleeping, he took one of the man’s ribs and then closed up the place with flesh. 22 Then the Lord God made a woman from the rib he had taken out of the man, and he brought her to the man.” God created woman from man. This was a miracle; God working outside of the rules of nature. Man and woman are therefore the same kind of creature; they are unique, different and separate from all the animals.

When God brought Adam his wife, he was overjoyed. We read, 23 “The man said, ‘This is now bone of my bones and flesh of my flesh; she shall be called ‘woman,’ for she was taken out of man.’” These words by Adam were in the form of a poem. They are the first love song written by a man for a woman. Adam was able to give a name to his counterpart; neither of them would be alone because they were made for one another. This is the way God established marriage. And this is where the sermon ends because as with all love stories Adam and Eve lived happily ever after just like everyone else…NOT.

God’s plan for marriage has been ruined. God’s plan for marriage was simple. In Genesis 2, we read, 24 “That is why a man leaves his father and mother and is united to his wife, and they become one flesh.” God made a male and female with complementary parts inside and outside to love one another. This simple design allowed for a pattern to form by which the human race would expand and continue. Then, God’s simple plan was ruined by the very people he created. Meaning by the time Jesus came to save the world, marriage had been ruined for many generations, in fact all generations. Yet, Jesus taught the same simple plan for marriage in Mark 10, 6 “But at the beginning of creation God ‘made them male and female.’ 7 ‘For this reason a man will leave his father and mother and be united to his wife, 8 and the two will become one flesh.’ So they are no longer two, but one flesh.” Jesus affirmed God’s plan for marriage here in Mark 10 while the Pharisees were trying to trap him by asking, 2 … “’Is it lawful for a man to divorce his wife?’ 3 ‘What did Moses command you?’ he replied. 4 They said, ‘Moses permitted a man to write a certificate of divorce and send her away.’ 5 ‘It was because your hearts were hard that Moses wrote you this law,’ Jesus replied.” Jesus affirmed God’s plan for marriage, while revealing the reason many do not last. Hard hearts destroy marriages, and a divorce publicly states a marriage has been ruined. Another way to describe a hard heart is to call it a sinful heart.

Sin is the reason God’s plan for marriage has been ruined. Whether you are too young to be married, single and not planning to be married, single and looking for a future spouse, dating, engaged, married, divorced or widowed, you have been affected by sins against marriage. You may have been active in sins against marriage by looking to find the pleasure of “the two become one flesh” by yourself or with some you are not married to in your mind or with actions. You may have pushed aside the gift of complimentary spouse and spouted demeaning, hurtful words toward your spouse, who is one of God’s dear children. Or you may have suffered in a household of abuse physical, mental, emotional and spiritual from parents too lost in themselves to care about one another, their children or God. There are many other terrible sins against marriage ripping apart society and people’s lives.

The opposite of the sin that ruins marriage, is love. The love God meant for marriage is best carried out by him. In Ephesians 5, the unselfish desire to constantly provide what is best for someone else, which is the kind of love God planned for marriage, is carried out by Christ. Paul wrote in Ephesians 5, 25 “Husbands, love your wives, just as Christ loved the church and gave himself up for her 26 to make her holy, cleansing her by the washing with water through the word, 27 and to present her to himself as a radiant church, without stain or wrinkle or any other blemish, but holy and blameless.” Your sins in marriage, outside of marriage and the pain from sinful marriages were solved by Christ’s love for the church, his bride. You are the bride, the Church. You are the one Christ loves. You are the one Christ gave himself up for when you were broken. As your marriage related sins weigh on your heart along with all your other sins, you are not excited to meet Christ as a bride excitedly walks down the aisle to meet her groom. Your sins make you want to run away in shame and fear. Christ ran after you. Ephesians states clearly that Christ’s love for you took you from ashamed, sin-stained sinner, to sinless, worthy, good, holy, clear conscience and blameless. Your deepest need to be loved and not left alone has been met by the love Jesus has for you. He loves you more than anyone else in your life; he lived, died and rose for you so that you can spend the rest of your eternal life with him.

The love of God fights against the sin that ruins marriages. When your heart is filled with Jesus’ love, your marriage will also be filled with his love. In Genesis 2, God recorded the special care he took to create man and woman so that you would appreciate marriage. In love, God created humanity last making sure everything else was created, so that Adam and Eve would have everything they needed. So then, showing the same love of God in a marriage means taking the time to understand the true needs of your spouse and meeting those needs. Sometimes those needs are physical. Sometimes those needs are emotional. Sometimes meeting those needs mean giving up something you want to do. Other times meeting those needs means doing something you both want to do. For all the ups and downs of marriage, the love of Christ will keep you together. It is a love that owns wrongs and says, “I am sorry.” It is a love that says, “I forgive you.” It is a love that loves not to find fulfillment from marriage, but a love that is fulfilled by being loved first by Christ and then showing that love to another.

The way to avoid an awkward situation is communication. As all of us try to navigate how to interact with one another there are many awkward situations like interrupting someone in conversation or trying to walk through a doorway at the same time as someone else. God gave you clear communication on marriage in his Word. May God fill us with his desire for marriage. Let God find us following his desire for relationships. Let him find us supporting marriage. Let him fund husbands loving their wives as Christ loved the church. Let him find husbands leading their families to Christ. And leading their families with the characteristics of Christ. Let husbands actively seek to better understand the unique needs of his family and provide for them and guide them. Let him find wives helping their husbands. Let him find wives who share what is on their hearts and minds, their needs so that husbands can care for them at times springing to action and at others hearing as their closest confidant. Let God find us filled with love to follow and teach his gift of marriage to children and to all. And when we fail to carry out his commands because our hearts are hard from sin, let us all turn to Jesus. Jesus is the husband to the church, his bride. He put the needs of his bride before his own. He lived, suffered, died and rose to provide his bride with a safe, secure, blessed, joyful, bright eternal future in heaven. Your needs are met in Christ and filled with his love, give thanks that God established marriage. Amen. 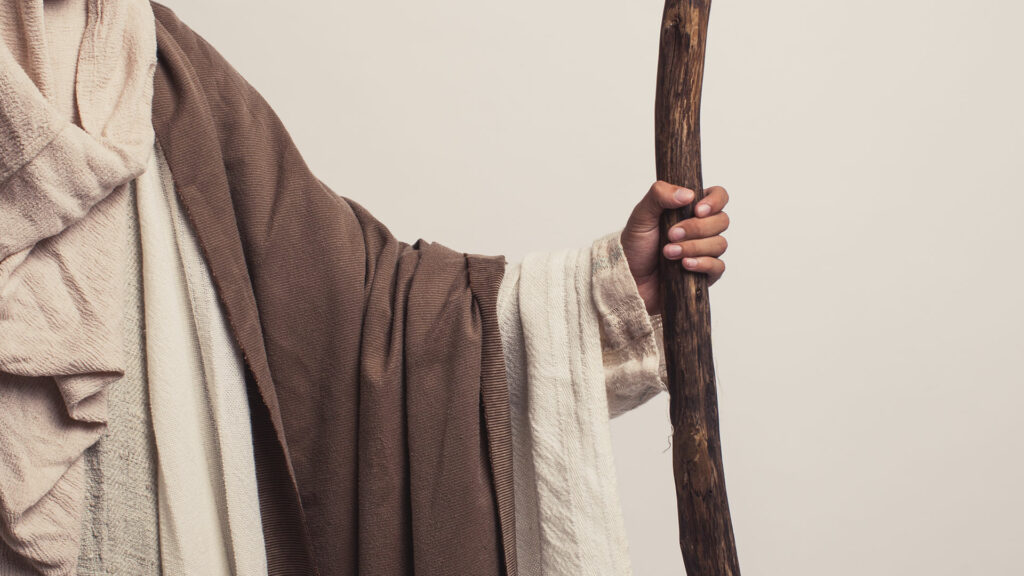 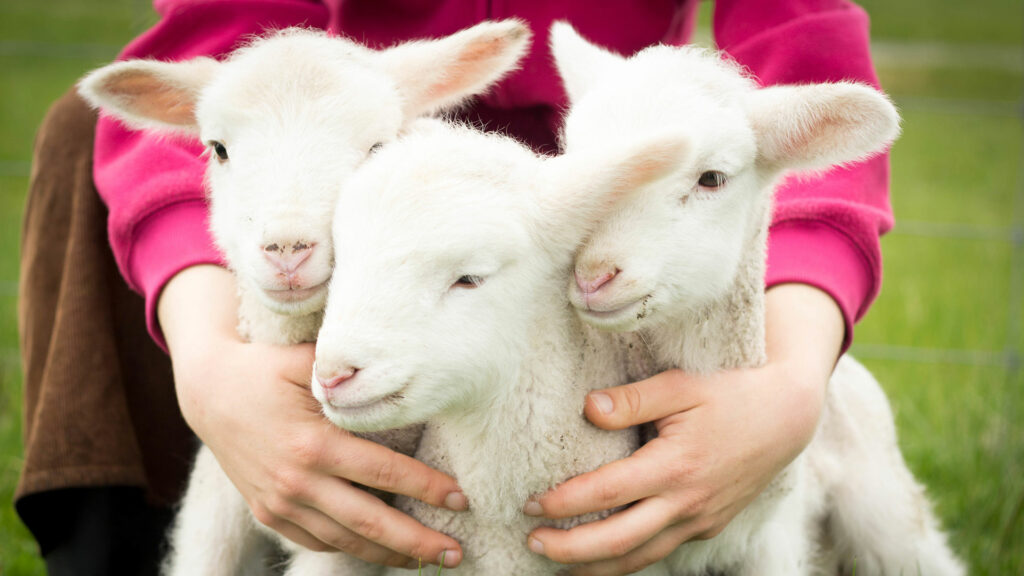