Guard the life that was given to you with the help of the Spirit!

8 So do not be ashamed of the testimony about our Lord or of me his prisoner. Rather, join with me in suffering for the gospel, by the power of God. 9 He has saved us and called us to a holy life—not because of anything we have done but because of his own purpose and grace. This grace was given us in Christ Jesus before the beginning of time, 10 but it has now been revealed through the appearing of our Savior, Christ Jesus, who has destroyed death and has brought life and immortality to light through the gospel. 11 And of this gospel I was appointed a herald and an apostle and a teacher. 12 That is why I am suffering as I am. Yet this is no cause for shame, because I know whom I have believed, and am convinced that he is able to guard what I have entrusted to him until that day.

13 What you heard from me, keep as the pattern of sound teaching, with faith and love in Christ Jesus. 14 Guard the good deposit that was entrusted to you—guard it with the help of the Holy Spirit who lives in us.

He was a leader in his community, but still a guy you could relate to. His job was paying the bills and giving him satisfaction most days, with average stress that spiked here and there. He had his health, he did not have a Peloton yet, but he had the money to eat a healthy diet. He had property and a home, no lake house, but he could travel if he wanted. His family life was normal meaning he loved his family and had moments when he offered to go pick up the groceries so he could get some peace and quiet and run through the Braum’s drive through to enjoy a quick banana split that he did not have to share with anyone else. He was a guy you could relate to that one day noticed that his daughter was not up with the sun, running, laughing, playing, and jumping into his arms. Instead, his daughter was sick. She was lying in bed, and she was not getting better. He called the right doctors and specialists exhausting his resources, but nothing helped. Out of options, he figured he would try Jesus. But before he had the chance to get home and bring Jesus to his daughter, he got the text that she had died. His heart sank, tears welled up in his eyes, his fists clenched around the steering wheel in frustration, and he realized the precious life he was to guard as her father was gone.

Guarding another person’s life is the most important responsibility a person can be given. It is the most important responsibility because life is our most precious gift. The apostle Paul was given the responsibility to guard people’s lives. He was a soldier who fought for freedom for his own countrymen and for people of all nations who were oppressed. Paul’s notoriety as a highly trained solider finally caught up with him and his spent his last days as a prisoner of war, but even from his jail cell, he did not stop fighting to save lives. He wrote to the next generation preparing them for the fight, warning them of the risks and reminding them of the rewards. One of the letters Paul wrote to the next generation was 2 Timothy. As the name of the letter indicates, it was the second letter written to the young pastor named Timothy. In this letter, Paul wrote, 8 “So do not be ashamed of the testimony about our Lord or of me his prisoner. Rather, join with me in suffering for the gospel, by the power of God.” Timothy would face the same hostile enemy made up of all who reject the gospel, but with the power of God he would face suffering to continue guarding life. By sharing the gospel, Timothy would continue the battle on the front lines like Paul.

At this point, you may be struggling to see how you fit into a letter between a veteran pastor and a young pastor from two thousand years ago. The similarity lies in your calling to guard life. Paul and Timothy as pastors were on the front lines of spiritual warfare guarding the lives of those who in the congregations they served and fighting to free more people from unbelief and Satan’s clutches to build up God’s kingdom. You do not have such a specific calling, but you are still in the war. In 2 Timothy 1, Paul wrote, 14 “Guard the good deposit that was entrusted to you—guard it with the help of the Holy Spirit who lives in us.” Paul encouraged Timothy to guard the good deposit with the help of the Holy Spirit. The same Holy Spirit that lives in us. The good deposit is the truth of the gospel. The truth that your life, your soul and eternal future was saved by Jesus. That truth must be guarded. You must guard the truth with the help of the Holy Spirit that your life that has been set free from sin and brought into the kingdom of God.

Without the Holy Spirit’s help, you cannot guard your life. The temptation to guard your life without the Spirit’s help affects both veterans of the faith and those young in the faith. Paul wrote to Timothy, 13 “What you heard from me, keep as the pattern of sound teaching, with faith and love in Christ Jesus.” For veterans of the faith who have been in church for decades, who can quote many portions of Scripture and who can sleep through a worship service, while subconsciously speaking, singing, standing and sitting in all the right ways as to appear engaged, they may have the “pattern of sound teaching,” but their faith and love is out of practice. The devil is happy to see Christians going through the motions so that they grow carless in their watch and confident that they will never fall away, but the devil is crafty and always changing his tactics. He works on the veterans, the mature in faith and those who have battled years guarding their faith, to get them to stop showing love to others and to grow impatient with those young in faith who need a mentor, which goes against Jesus’ words in Matthew 22, 39 “Love your neighbor as yourself.” For those young in the faith who are excited with this new faith in Jesus and filled with love for anything the sounds spiritual or godly, there is the danger to mix sound doctrine with false teachings. The devil again works to make words like unity sound so appealing that for the sake of a larger crowd or an earthly movement, agreeing to disagree on some portions of Scripture begins to sound appealing, but Paul wrote in Galatians 5, 9 “A little yeast works through the whole batch of dough.” Yeast being false teaching, that works to destroy faith. Your life remains safe by the Holy Spirit’s power to keep you trusting in the truth of Jesus’ forgiveness and eternal life won for you at the cross and empty tomb.

Paul encouraged Timothy and all believers to guard the truth of the gospel with the help of the undefeatable because the gospel is the source of life. Do not be ashamed of the gospel and your faith in Jesus in any circumstance because he is the undefeatable. Even before the war between the devil and God’s people began, the outcome was known. Jesus was always going to defeat the devil, and Jesus was always going to save you, as we read in 2 Timothy 1, 9 “He has saved us and called us to a holy life—not because of anything we have done but because of his own purpose and grace. This grace was given us in Christ Jesus before the beginning of time, 10 but it has now been revealed through the appearing of our Savior, Christ Jesus, who has destroyed death and has brought life and immortality to light through the gospel.” God placed your life on deposit in heaven by his grace, his plan, through Jesus, the Holy Spirit and the gospel recorded in the Word of God, the Bible. It would not be your doing, but God’s purpose and grace that saved you. Jesus would give his life as the Son of God, the most precious life, as a trade for your life on the cross, to die for you, and rise bringing you freedom from sin and citizenship in heaven, in God’s kingdom, to live always. The Holy Spirit gave you this gift of faith and guards the truth of the gospel through the Word of God, through the gospel and hearing daily that you are a sinner dearly loved and forgiven by God now washed clean, good, worthy and righteous by the blood of Jesus and the power of his resurrection.

Jesus’ words kept running through his head, Mark 5, 36 “Don’t be afraid; just believe.” He finally made it home to find his house full of people crying. His daughter had died, and then Jesus’ words hit him again. Jesus said, 39 “’Why all this commotion and wailing? The child is not dead but asleep.’ 40 But they laughed at him.” He man waited as Jesus got everyone out of the house besides him, his wife, and three of his disciples. Then, Jesus went in where the girl was lying, took her hand and said, 41 “’Little girl, I say to you, get up!’ 42 Immediately the girl stood up and began to walk around (she was twelve years old).” Jairus, the man whose daughter was brought back to life by Jesus, was called to guard lives, his own, his daughters, his wife’s, etc., which is the most important responsibility a person can have, but he was not alone.

You are not alone when it comes to the most important responsibility of guarding your life. Today on Independence Day, the fourth of July, we are thankful for the freedoms we enjoy in this country. There was a man named Jeremiah who saw the independence of his country end. He saw the fall of God’s people Israel to the Babylonians because they had stopped guarding what God had given them; his promise to be their God and for them to be his people forever. A life of freedom must be guarded, or it will be taken away. In the book of Lamentations 3, we hear the promise of God to Jeremiah and all of God’s people that though we are a sinful people, 22 “Because of the Lord’s great love we are not consumed, for his compassions never fail. 31 For no one is cast off by the Lord forever.” You are not alone when it comes to guarding your life. Do not be ashamed of the gospel. Your freedom from sin was won at the cross and proved by the empty tomb. Guard the life that was given to you with the help of the Spirit! Amen. 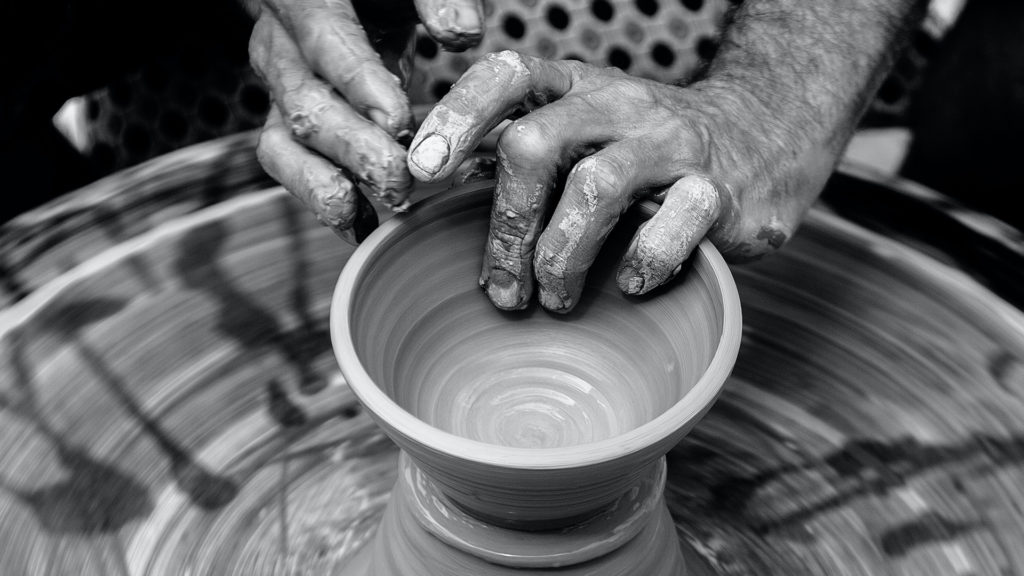 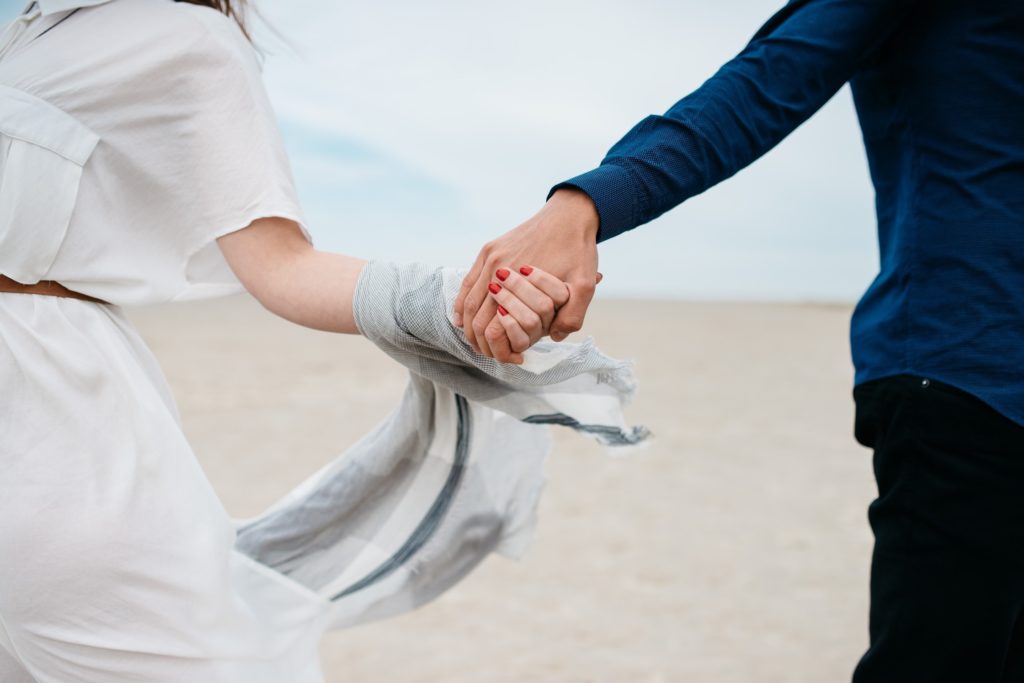