Guard Yourself Against Deceptions with the Word of God During the End Times!

5 Jesus said to them: “Watch out that no one deceives you. 6 Many will come in my name, claiming, ‘I am he,’ and will deceive many. 7 When you hear of wars and rumors of wars, do not be alarmed. Such things must happen, but the end is still to come. 8 Nation will rise against nation, and kingdom against kingdom. There will be earthquakes in various places, and famines. These are the beginning of birth pains.

9 “You must be on your guard. You will be handed over to the local councils and flogged in the synagogues. On account of me you will stand before governors and kings as witnesses to them. 10 And the gospel must first be preached to all nations. 11 Whenever you are arrested and brought to trial, do not worry beforehand about what to say. Just say whatever is given you at the time, for it is not you speaking, but the Holy Spirit.

The times they lived in were chaotic. They lived at a time when there were wars between nations, there was corruption with churches influencing governments and governments influencing churches, famines, shortages, earthquakes, natural disasters, and diseases. Obviously, I must be talking about the people who lived at the time of Martin Luther, since today is Reformation Sunday. And these descriptions all fit with Martin Luther and the people living in the 1500s, but these descriptions could also fit Jesus and the people of his day, or your great grandparents, or grandparents, or even your parents, and even you.

People throughout history have faced a chaotic world. This chaos that surrounds us is not pleasant, so we seek out solutions to stop it. The prophet Jeremiah lived in chaotic times for the people of Israel. He lived six hundred years before Jesus was born or about 2,600 years ago. He lived through the destruction of the Southern Kingdom of Judah at the hands of the Babylonian Empire, and what looked like the end of the earthly kingdom of Israel. During those chaotic times, God spoke these words to him recorded in Jeremiah 18, 1 “This is the word that came to Jeremiah from the Lord: 2 ‘Go down to the potter’s house, and there I will give you my message.’ 3 So I went down to the potter’s house, and I saw him working at the wheel. 4 But the pot he was shaping from the clay was marred in his hands; so the potter formed it into another pot, shaping it as seemed best to him.” God’s message to Jeremiah was that God is the potter, and the kingdoms of the world are clay. God has the power to shape and reform kingdoms, peoples and individuals. Jeremiah lived in chaotic times, but the message for him, the kingdom of Judah and the people was to turn back to God before enduring the destruction of Babylonian armies being reformed like clay that is smashed and reformed. Some listened, but many were lost.

Many continue to fail to find the solution to the chaos in the world. Jesus’ disciples believed they knew a place with the solution to the chaos. In Mark 13, Jesus and his disciples were leaving the temple for the last time before Jesus’ suffering, death, and resurrection. As the left the temple, the disciples marveled at the large stones and beautiful buildings, but Jesus revealed that they would be destroyed. It was hard for the disciples to imagine the temple in Jerusalem where the sacrifices were made, festivals were celebrated, priests served, and God was worshiped destroyed. The temple seemed like the obvious place to find the solution to the chaos in the world since that is where people went to worship and hear about God. So, the disciples asked when the temple would be destroyed, and 5 Jesus said to them: “Watch out that no one deceives you. 6 Many will come in my name, claiming, ‘I am he,’ and will deceive many. 7 When you hear of wars and rumors of wars, do not be alarmed. Such things must happen, but the end is still to come. 8 Nation will rise against nation, and kingdom against kingdom. There will be earthquakes in various places, and famines. These are the beginning of birth pains.” Jesus’ answer described what is often called the End Time. It is the time period between Jesus first coming to save us 2,000 years ago and his future second coming in judgment to take believers to heaven and send unbelievers to hell. You are living in the End Time. You are living in a world of chaos with people searching for solutions to manmade and natural disasters on a world, national, local and personal scale. Jesus’ warning is that many will be deceived in these times. So, his warning for you is 5 … “Watch out that no one deceives you.”

God gave his word as a saving guide in the End Time. God does not want you to be deceived. He does not want you to get lost in solutions that do not save. His disciples needed to be reminded that the temple was put in place to point to Jesus. It was not the final solution. In Revelation 14, we hear what the final solution is, 6 “Then I saw another angel flying in midair, and he had the eternal gospel to proclaim to those who live on the earth—to every nation, tribe, language and people. 7 He said in a loud voice, “Fear God and give him glory, because the hour of his judgment has come. Worship him who made the heavens, the earth, the sea and the springs of water.’” The gospel is the answer to the chaos.

The chaos will continue and grow worse until the Last Day, Judgment Day, the end of the world. The solution to the chaos and the judgment at the Last Day is the gospel. In 2 Timothy 1, we hear the gospel is what God has done for us to save us from this broken world, 9 “He has saved us and called us to a holy life—not because of anything we have done but because of his own purpose and grace. This grace was given us in Christ Jesus before the beginning of time, 10 but it has now been revealed through the appearing of our Savior, Christ Jesus, who has destroyed death and has brought life and immortality to light through the gospel.” Your life does not end in death. You are not lost in the chaos. You were chosen by God, saved by Jesus’ death and resurrection, and brought to life by the Holy Spirit. In Titus 3, we hear again, 5 “he saved us, not because of righteous things we had done, but because of his mercy. He saved us through the washing of rebirth and renewal by the Holy Spirit.” Chaos is constantly pointing to this world ending, but you have been reborn and saved by God’s mercy. You are not going to be destroyed like this world. You do not need to come up with or work at a solution to the chaos. Jesus came and did the work for you to give you answers, hope, life, love and a calm, peaceful future in heaven.

The solution to the chaos is God’s Word. Jesus described the chaotic times you and I live in, and how to respond to them. Again, Jesus said, 7 “When you hear of wars and rumors of wars, do not be alarmed. Such things must happen, but the end is still to come.” Do not be alarmed at the world’s catastrophes but expect them. This does not mean that you become a pessimist, it does not mean you will be free from worry, anxious thoughts, and personal pain, suffering or loss, or that you do not have empathy or sympathy for those affected. Instead, you are ready for the chaos with the solution of Jesus with his message and his love. Yet, this answer will frustrate many.

At the time of the disciples, they were hated for sharing Jesus. Jesus told them they would be in Mark 13, 11 “Whenever you are arrested and brought to trial, do not worry beforehand about what to say. Just say whatever is given you at the time, for it is not you speaking, but the Holy Spirit.” You will stand trial too. Many times, informally, but maybe even formally for your faith in Jesus. Yet, you are not alone because the Holy Spirit will be with you.

The times you live in are chaotic. There are wars between nations, corruption with churches influencing governments and governments influencing churches, famines, shortages, earthquakes, natural disasters, and diseases. In Jeremiah’s day, God said in Jeremiah 18, 11 “Now therefore say to the people of Judah and those living in Jerusalem, ‘This is what the Lord says: Look! I am preparing a disaster for you and devising a plan against you. So turn from your evil ways, each one of you, and reform your ways and your actions.’ The disaster was a wakeup call for Israel to turn back to God. The chaos in the world and your life is a constant reminder to turn to God. If you wonder why God would let all of this chaos continue, remember what we hear in 1 Timothy 2 about 3 … God our Savior, 4 who wants all people to be saved and to come to a knowledge of the truth. God wants as many people as possible to welcome his return when the End Time ends. So, he allows for these terrible signs, and he has given you the answers. You are to go and tell others these things are happening because of sin. And the answer, the Savior. Then when the last day comes you can rejoice with many. The signs, hardships and the Last Day is not about knowing when last day is but what it brings, the separation between believer and unbeliever. You are saved, God chose you as his own, he sent Jesus to save you and Spirit gave you rebirth, the gift of faith. In Mark 13, 5 Jesus said to them: “Watch out that no one deceives you.” Friends in Christ, guard yourself against deceptions with the Word of God during the End Times. Amen. 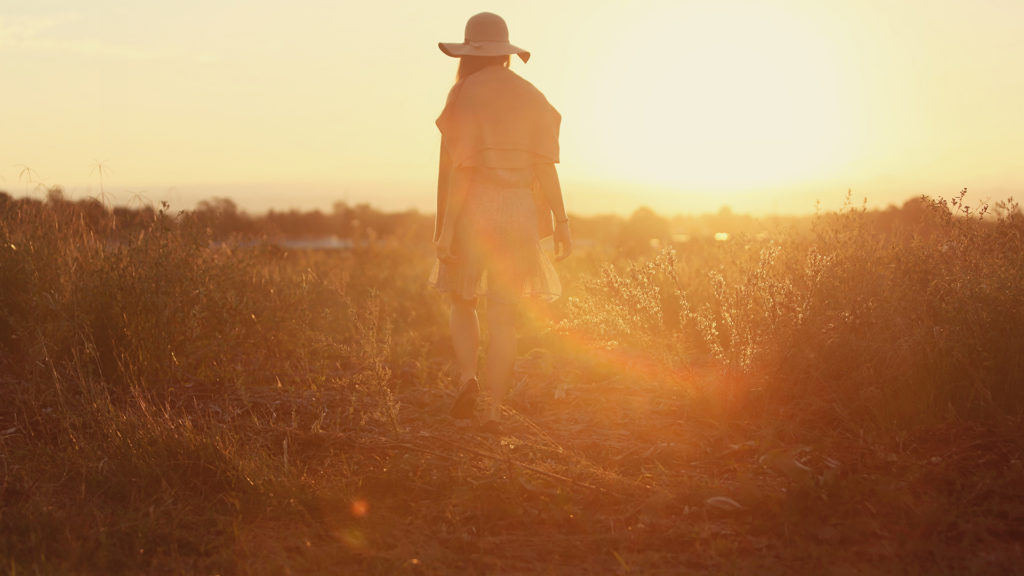 The Lord Poured Out His Spirit On You to Serve Him!

Jesus’ Baptism: What the Eye Sees and What God Decrees 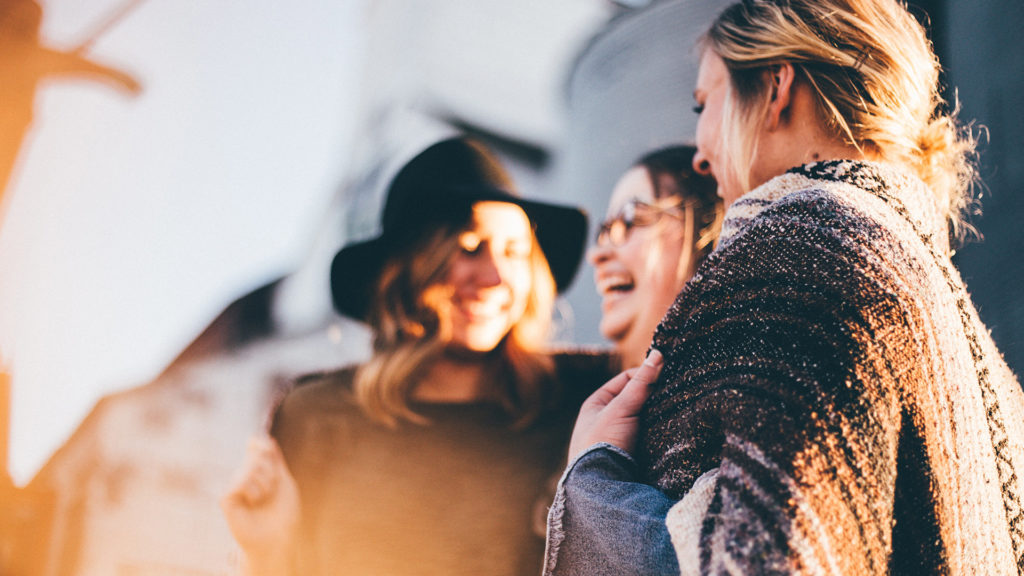