3 And even if our gospel is veiled, it is veiled to those who are perishing. 4 The god of this age has blinded the minds of unbelievers, so that they cannot see the light of the gospel that displays the glory of Christ, who is the image of God. 5 For what we preach is not ourselves, but Jesus Christ as Lord, and ourselves as your servants for Jesus’ sake. 6 For God, who said, “Let light shine out of darkness,” made his light shine in our hearts to give us the light of the knowledge of God’s glory displayed in the face of Christ.

Every few winters, we get reminded that we are not equipped for snow and ice in Texas. Many of us who live in Texas are thankful that we do not have to deal with the salt, shoveling, plowing and cold that comes with snow. But for those few times we do get snow it is a harsh lesson in humility as we learn how difficult it can be to do things like stay warm or drive to the grocery store or to church.

A few of Jesus’ disciples were reminded that they were not ready to see who Jesus truly was when he was transfigured before them on a mountain top. In Mark 9, Jesus took his disciples Peter, James and John up on a high mountain. There Jesus was transfigured before their eyes; his appearance changed, and his face and clothes became bright white. Moses and Elijah appeared, and spoke with Jesus. 7 Then a cloud appeared and covered them, and a voice came from the cloud: “This is my Son, whom I love. Listen to him!” The three disciples were so frightened, they did not know what to think or say. Again, Jesus had shown them he was unique as the Son of God and Son of Man, both God and man. 9 As they were coming down the mountain, Jesus gave them orders not to tell anyone what they had seen until the Son of Man had risen from the dead. Jesus did not remain on the high mountain top to be worshipped by the three disciples, nor did he want them to spread the news about his bright, blinding glory. Jesus wanted them to have a glimpse of his glory as Jesus went on to accomplish his reason for coming into the world as the Son of Man culminating in his resurrection from the dead.

Although Jesus’ glory was undeniable to the three disciples on the high mountain top, who he is remains hidden from most. The term used to describe the gospel in 2 Corinthians is veiled. There is a covering over the truth of who Jesus is for most people. The light of Jesus either draws people in too close like a moth to a flame, or the light of Jesus scares people away like a campfire protecting hikers from the top of the food chain lurking in the dark woods around them. The light of Jesus entices us because we picture him as the glorious Lord and King and we his loyal subjects basking in all the prosperity his kingdom must bring. And we his loyal subjects so deserving of prosperity because we are such good people or at least better than the heathens around us. The light of Jesus can also crush us as our thought accuse us of past wrongs, too terrible to forget or forgive, or everyone around us in person or lighting up the many screens in our lives telling us how we are not good enough, but keep trying, working, experimenting, changing and striving to be better and the best, then maybe you will find acceptance.

The harsh truth is that there is a veil over the gospel; the good news of who Jesus is for you is hidden. In 2 Corinthians 4, we hear, 4 “The god of this age has blinded the minds of unbelievers, so that they cannot see the light of the gospel that displays the glory of Christ, who is the image of God.” The devil is the god of this age, not that he is a god, but for those separated from the gospel, for unbelievers and the fallen world, they worship and to put their hope in the devil’s lies for salvation, for life, for relief, etc. They have made him a god but following him only leads to destruction. The devil’s lies remain tempting for you. The veil and separation still threaten believers; threaten you by filling you with pride believing you deserve prosperity here as a follower of Jesus or by crushing you with guilt and the lie that you are too sinful to be loved or forgiven by Jesus. Following either of these lies leads to destruction, death and hell.

Jesus came to this world equipped to tear through the veil with his bright light of life-giving glory. The simple truth is that you and I are not able to stand in the presence of God’s glory. The three men on the high mountain seeing Jesus glory for a brief moment were terrified. You and I would have been terrified because we were born in darkness and hidden behind the veil unable to see our Savior for who he is. Here is the simple and amazing truth then of the gospel from 2 Corinthians, 6 “For God, who said, ‘Let light shine out of darkness,’ made his light shine in our hearts to give us the light of the knowledge of God’s glory displayed in the face of Christ.” This is a quote from Genesis, referring back to the creation of the universe when God spoke, and things appeared. There was nothing in the beginning; there was only darkness. And darkness is not a thing; darkness is the absence of something. It describes nothing, like a void, emptiness. When there was nothing, God was able to fill it with something. That is his amazing power. And that same power filled you up when you were a dark void of sin. The summary of God’s law is to love, but instead you and I hate, gossip, hurt, lie, lust, etc. That void of sin has been forgiven, and you have been filled up with Jesus’ righteousness-with his record of healing, kindness, purity, contentment, trust, etc. Emptied of sin and filled with Jesus’ righteousness, you now have eternal life and a home in heaven, where every need will be met, satisfied.

Jesus Christ is the Lord. Jesus is the Christ, which means the chosen one, on the mountain top, God the Father spoke from heaven giving clear testimony to Jesus as the Son of God, the one chosen to save the world. Jesus is the Lord over all beings, powers and authorities. His glory as God is his action work to save us and give us life. The disciples were not equipped to understand who Jesus was on the mountain of transfiguration, but after Jesus rose from the dead, God allowed them to understand. Jesus is a human being born under God’s law and able to die. Jesus is also God who keeps his law perfectly and the source of life. Jesus came to live a perfect life to then offer that life as a trade on the cross dying for your sins and the sins of the world, freeing you from punishment and giving you his perfect sinless record, and displaying his power to give life, to give life to what is dead, to give eternal life. Jesus is God, the glory of God, the light of God, the good news of the God man, whose purpose was to save, to give life, to love, he is the unmatched, the only God, so his actions, his will, his doing, his love is beyond anything else in existence.

When the dark veil of this world threatens you, the light of Jesus is your defense. Again, God said, he 6 … “made his light shine in our hearts to give us the light of the knowledge of God’s glory displayed in the face of Christ.” God’s light has entered you, making light shine in the darkness of your heart for the hope of forgiveness and eternal life. You are alive now and have been filled with light to reflect to others. You are filled with the light, the message that breaks the veil and lies of the devil and unbelief. You are filled with the gospel, which is the message of Jesus’ free gift of the forgiveness of sins, his righteousness and eternal life. In 2 Corinthians, Paul wrote, 5 “For what we preach is not ourselves, but Jesus Christ as Lord, and ourselves as your servants for Jesus’ sake.” The focus of our worship, preaching, message, services and our lives is Jesus. Now, it was more focused for Paul as a missionary, but we share a unifying purpose in Jesus, to shine his light in this dark world. Each of you has a unique position in this world to shine Jesus’ light. So, we each can make the prayer of Elisha our own, 9 … “Let me inherit a double portion of your spirit.” In 2 Kings 2, Elisha spoke these words to Elijah just before Elijah was taken into heaven. Elijah was with Jesus on the mountain of transfiguration likely because his purpose in the Old Testament to the people of Israel was to preach repentance and point the people back to the mercy of God. Elisha wanted to share that mission and be filled with love to share the message of repentance with Israel. It was not an easy task because many in Israel rejected God, but Elisha still wanted to share the good news of God’s mercy because it has the power to save. Though many around you may remain behind the veil, you continue to share Jesus because of what he means to you and you know what his light means for others.

We are not equipped for snow and ice in Texas. Jesus described the cold times you and I are living in now in Matthew 24 as, 12 “Because of the increase of wickedness, the love of most will grow cold.” You are not lost in the cold because Jesus came equipped to save you. As the chosen one from the Father, as the Lord over all things, as the light in the darkness and as the one who brought life. You no longer sit behind the veil of lies of the devil lost and hopeless. God revealed his light to you and your future, your eternal future is bright because Jesus Christ your Lord shines with the glory of God. Amen. 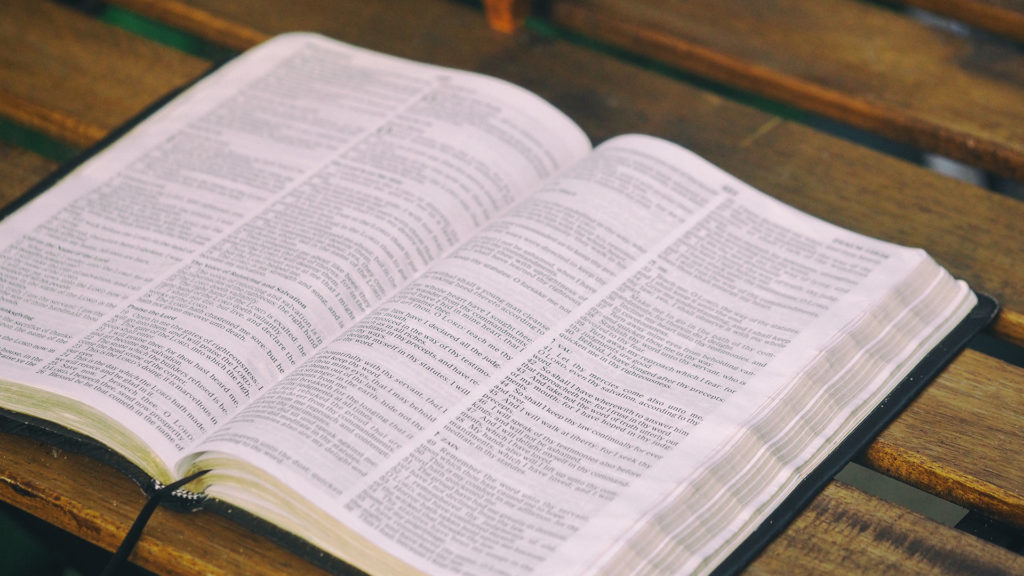 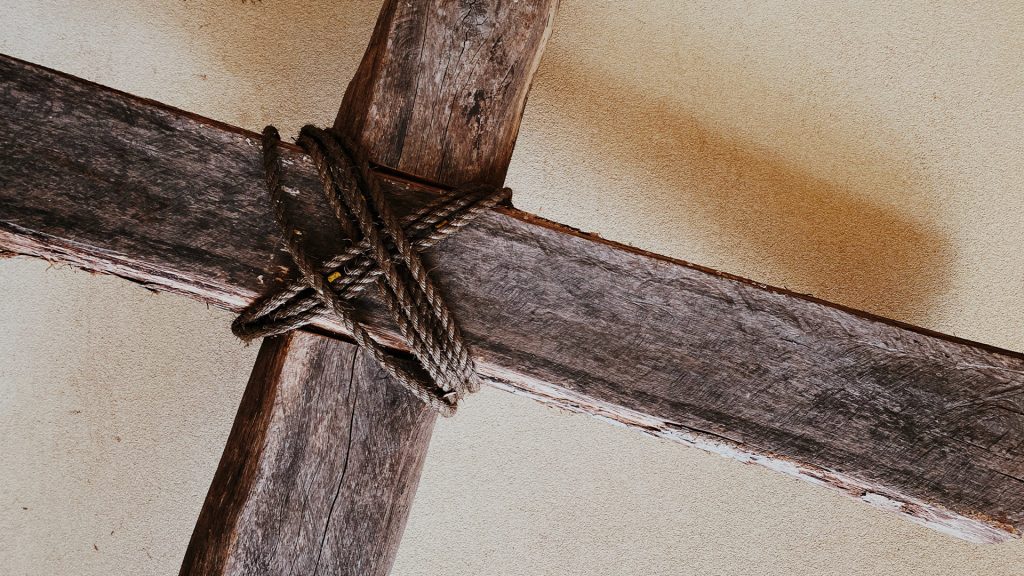 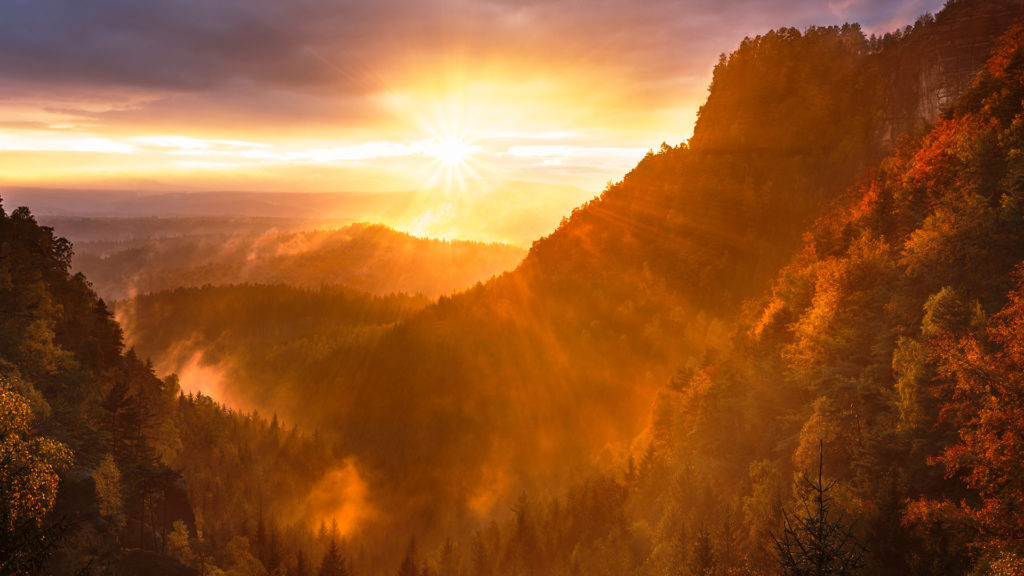