Sid owned a cattle ranch. Part of ranch life was moving the cattle from pasture to pasture to graze. One day, he went to move his cattle, but many of them were happy with the grass and cool water of the field they were in, so they would not go. Sid finally had to go in for the night but planned to go back the next day to try to move them again.

Everyone has a reputation. Your reputation is important, especially when it comes to major life events. One example is when people are picked to be part of a bridal party. You want to pick people with a good reputation to be part of your bridal party because they will be in your wedding pictures, stand in front of everyone during the wedding, sit in a prominent place at the reception and help clean up after the reception is over. It is not always easy to get a bridal party together because some longtime friends and even some family members do not have good reputations. In our gospel reading from Luke 12, Jesus used a parable to encourage Christians to have a reputation of readiness. He said,

“Be dressed ready for service and keep your lamps burning, like servants waiting for their master to return from a wedding banquet…It will be good for those servants whose master finds them ready, even if he comes in the middle of the night or toward daybreak. You also must be ready, because the Son of Man will come at an hour when you do not expect him.”

Jesus expects us to be ready for his return at any time and you remain ready through repentance.

“I know your deeds; you have a reputation of being alive, but you are dead. Wake up! Strengthen what remains and is about to die, for I have found your deeds unfinished in the sight of my God.”

Theses Christians had a reputation of being alive or good, but God saw beneath the surface into their hearts. The problem in Sardis was dead hearts or spiritual apathy. In their community, the Christians in Sardis were the kind of folks that would help pay an electric bill or bring over a meal when someone was in need. They would volunteer at local food pantries or help coach their kids’ team. They would smile at a stranger in the grocery store and use their manners. They looked good on the outside, but they were dead on the inside. They were hypocrites who enjoyed the title of Christian and acted like Christians, but if asked what made them unique as Christians, they would not know what to say.

You have a reputation. Your reputation is formed by others as they listen to how you speak and watch how you act. You may have the reputation of being good and being a Christian, but those who listen and watch you may not know what it means to be good and a Christian according to the Word of God. You cannot trust their opinion. And, you also forget what it means to be good and to be a Christian. You get swept up in your own reputation and you enjoy being welcomed and accepted by people around you whether they are Christians or not. The warning to the Christians in Sardis that continues to apply to us today is, “Y’all are one step away from being another community service organization, self-help group or charity.” Now, those are not bad in and of themselves, and in fact they do a lot of good. However, you and I as Christians are more than that. What makes us uniquely Christian is what is written in Revelation 3, 3 Remember, therefore, what you have received and heard; hold it fast, and repent.

What made the Christians in Sardis unique was what they had heard. They had heard the gospel of Jesus. They heard the call to repent for the kingdom of heaven is near. They heard the truth about their sins and the punishment of hell. These truths made them uniquely Christian. These same truths make you uniquely Christian. So, losing these truths means you are no longer a Christian, no longer a believer in Jesus, no longer saved from sin, death and hell, and no longer ready for Jesus to return as is written in Revelation 3, 3 … “But if you do not wake up, I will come like a thief, and you will not know at what time I will come to you.” Wake up is the message. Wake up if you think Christianity is about all the good stuff you do. If Jesus comes back and catches you admiring yourself in the mirror or staring into your smart phone camera posting the next great thing you did, you will be in trouble. Do not have a reputation of built on your goodness. Instead, build your reputation on Christ’s goodness. Do not build your reputation on all you are doing, but on what Jesus has done for you.

Build your reputation on repentance. Having a good reputation certainly attracts people to Christianity, but do not leave them with only those things. Tell people about their sins. Tell them about the real consequences of sin which are the hardships in life, being an enemy of God, death and eternity in hell. These problems cannot be solved by people. The issue in Sardis was not a faith destroying false doctrine or wild, immoral living, it was having a good reputation in the community that turned their eyes away from their need for Christ’s forgiveness to their own goodness leaving them spiritually and therefore eternally dead. Jesus is the only one who gives you peace during hardships, peace with God, the resurrection from the dead and eternal life in heaven. Repentance, which asks for and trust in Jesus’ forgiveness, is what makes Christianity unique.

Watch out for the same temptation to stop repenting. Watch out that you do not forget the seriousness of your sins; you cannot save yourself. The only reputation that matters is the one you have with God and the way you get a good reputation with God is Jesus. In Revelation 3, we hear that Jesus gave you a good reputation,

“Yet you have a few people in Sardis who have not soiled their clothes. They will walk with me, dressed in white, for they are worthy. The one who is victorious will, like them, be dressed in white. I will never blot out the name of that person from the book of life, but will acknowledge that name before my Father and his angels.”

Jesus is your reputation. It was his victory over sin and death that saved you. It is his white robe you wear. It is his handwriting that guarantees your place in heaven. He will speak your name before his Father with confidence because he is your Savior.

A reputation of repentance keeps you ready for Jesus’ return. In our Old Testament reading from Genesis 15, Abraham was afraid of his future, but

…the word of the Lord came to Abram in a vision: “Do not be afraid, Abram. I am your shield, your very great reward.” But Abram said, “Sovereign Lord, what can you give me since I remain childless and the one who will inherit my estate is Eliezer of Damascus?”

God had promised Abraham that he would be the father of a nation, but Abraham remained childless, and he struggled to see a future filled with his descendants.

Then the word of the Lord came to him: “This man will not be your heir, but a son who is your own flesh and blood will be your heir.” He took him outside and said, “Look up at the sky and count the stars—if indeed you can count them.” Then he said to him, “So shall your offspring be.” Abram believed the Lord, and he credited it to him as righteousness.

Abraham was afraid, but when the Lord spoke, his fears were calmed. Abraham did not see the great nation God promised, but he believed God would make good on his promise and he did. God made Abraham into a great physical nation, but more so all who believe in God are descendants of Abraham. God’s reputation is faithfulness; God always keeps his promises. You can always trust him. Your reputation as a Christian is repentance because you trust God always forgives, always loves and always gives life. So, the encouragement to the Christians in Sardis remains true for you, 3 Remember, therefore, what you have received and heard; hold it fast, and repent.

As a cattle rancher it was Sid’s job to move the cattle from pasture to pasture. One day many of the herd did not listen to Sid because they were happy in their current pasture, so Sid left them till the next day. During the night, a pack of wolves came and wiped out those who did not follow Sid. Do not get comfortable in your reputation. Repent and take comfort in Jesus’ victory, the white robe he put on you, your name written in heaven and Jesus acknowledging your name before his Father and his angels. When we gather, we repeat the Word of God and the clear truths of Scripture to be clear about what makes us unique. In 1 Timothy 3, we get a summary of who Jesus is, 16 “… He appeared in the flesh, was vindicated by the Spirit, was seen by angels, was preached among the nations, was believed on in the world, was taken up in glory.” We also use the Apostles’, Nicene and Athanasian Creeds when we gather to confess the unique Christian faith. The Athanasian Creed states these truths about Jesus from Scripture, “Now this is the true Christian faith: We believe and confess that our Lord Jesus Christ, God’s Son, is both God and man…He suffered for our salvation, descended into hell, rose the third day from the dead. He ascended into heaven, is seated at the right hand of God the Father almighty, and from there will come to judge the living and the dead. At his coming all people will rise with their own bodies to answer for their personal deeds. Those who have done good will enter eternal life, but those who have done evil will go into eternal fire. This is the true Christian faith. Whoever does not faithfully and firmly believe this cannot be saved.” You have done good because your reputation before God is the white robe of Jesus’ victorious, perfect life. Our reading from Revelation 3 ends with the words, 6 “Whoever has ears, let them hear what the Spirit says to the churches.” Hear this, “Make your reputation repentance.” Amen. 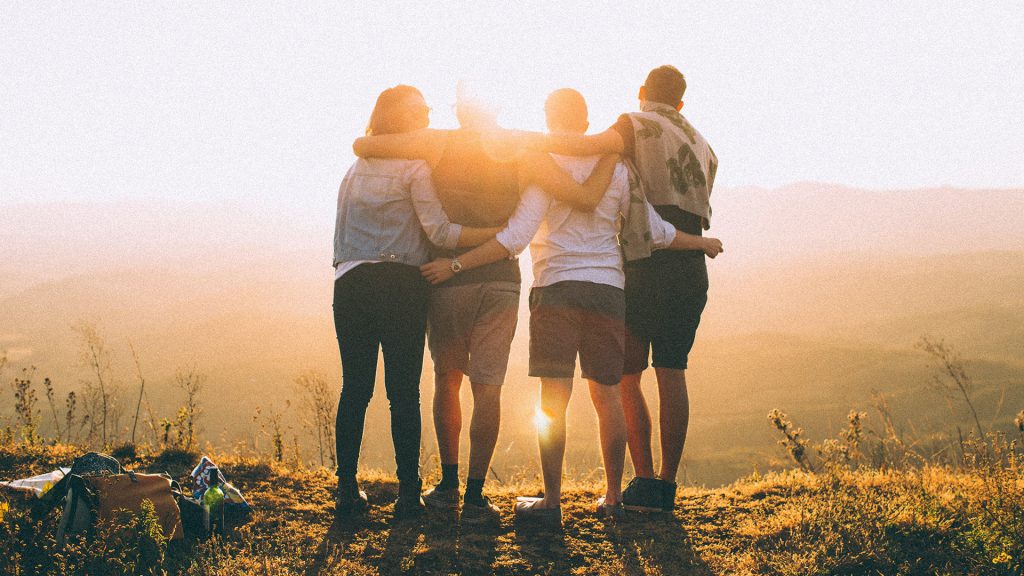 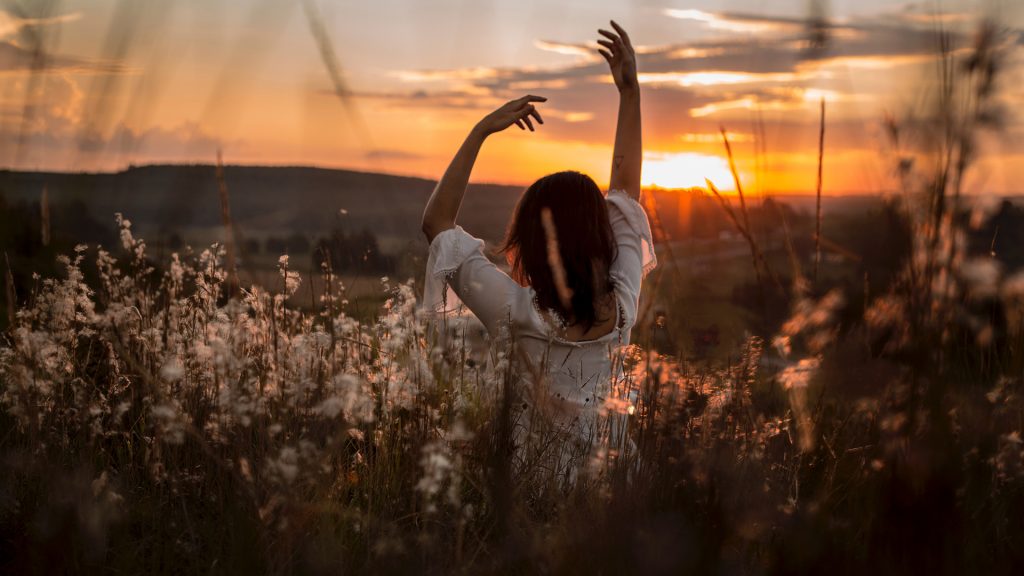 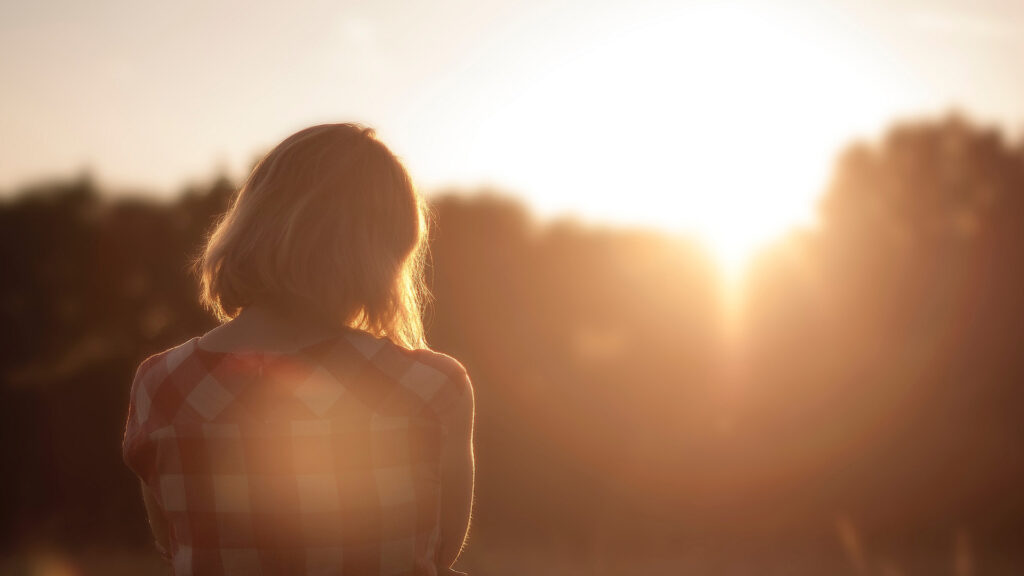