The Sun of Righteousness Will Shine On You

4 Look! The day is coming, burning like a blast furnace. All the arrogant and every evildoer will be stubble. The day that is coming will set them on fire, says the Lord of Armies, a day that will not leave behind a root or branch for them. 2 But for you who fear my name, the sun of righteousness will rise, and there will be healing in its wings. You will go out and jump around like calves from the stall. 3 You will trample the wicked. They will surely be ashes under the soles of your feet on the day when I take action, says the Lord of Armies.

4 Remember the law of my servant Moses, which I commanded to him at Horeb to serve as statutes and judgments over all Israel.

5 Look! I am going to send Elijah the prophet to you before the great and fearful day of the Lord comes!  6 He will turn the hearts of fathers to their children and the hearts of children to their fathers. Otherwise, I will come and strike the land with complete destruction.

When you don’t know how dangerous it really is, then you really aren’t afraid of it either.  Toddlers prove this all the time.  They stand on the edge of the couch jumping up and down without fear that they might fall.  They stick their tiny fingers into the cage of a fan because they aren’t worrying about the blades that might injure their fingers.  They crawl up the stairs of the pool deck and stand on the edge without fear that if they fall in, they will drown.  You are more afraid when you know what it will do to you.  So, let me ask you: Do you fear God? Probably not as you sit here right now.  That’s right, you know the message of the Bible about God and know you have nothing to fear.  But you also know what the Bible says about humans and have plenty of fear.  Today we are hearing from the Prophet Malachi—the last book of the Old Testament.  Do you know the last word of Malachi? “Destruction” (EHV) or “curse” (NIV) in Hebrew “khareem.”  It goes like this, “6 He will turn the hearts of fathers to their children and the hearts of children to their fathers. Otherwise, I will come and strike the land with complete destruction.”   Wow!  After reading the whole OT and coming to this verse doesn’t that leave you longing for something better, something comforting?

That is exactly the Holy Spirit’s point through Malachi.  He leaves us with a longing for something more.  Malachi is a big arrow that says, “Turn the page!  Keep reading!  God is coming and he has more to tell you!” And when the Lord speaks we hear him say,

The Sun or Righteousness Will Shine On You

Funny.  In my summer sermons I like to talk about winter conditions, and in the winter I like to talk about summer conditions.  You know that if you’re in the sun too long in the summer time it will cause sunburn.  Or how about getting in your car after being in the sun and you get in and try to put on your sunglasses!  Ouch!  What would be the worst?  Probably being in the hot desert suffering to the point of being burned to death!  So make sure you bring along a car door….. so you can roll down the window!  You get the picture of Malachi, “Look! The day is coming, burning like a blast furnace.”  We can picture what Malachi is talking about.  Think of a volcano in the distance with hot lava boiling beneath.  There are smaller hills around the volcano and from your vantage point you can see steam coming up, but it’s hard to tell if it’s coming from a smaller hill or the large volcano behind it.   The Holy Spirit inspired Malachi to look into the future to see both the small hill and the large volcano at the same time.  His “telescopic” prophecy pointed to the destruction of Jerusalem and Judgment Day at the same time.  “Look! The day is coming, burning like a blast furnace. All the arrogant and every evildoer will be stubble.” The people who heard these words from Malachi were only concerned about the little hill where Jerusalem was located.  We can imagine their anger at his words!  “Malachi!  A 100 years ago our people started coming back to Jerusalem from Babylon.  The temple was rebuild and dedicated under Ezra and the last groups of people returned under Nehemiah only 10 years ago.  The walls have been rebuilt and everything’s going so well! Why would you preach like this, Malachi?”

It’s because history was repeating itself.  It takes about 100 years for people to get comfortable, stop listening to God’s Word and failing to see the war zone they are creating between themselves and God.  Sound familiar?  God’s message about sin and their need for a Savior—ignored.  God’s call to repent—falls on deaf ears.  God’s plea for people to return to him—like water off a duck’s back.  They didn’t want to believe Malachi.  But, sure enough, in the year 70 A.D. the small hill of God’s judgment erupted and Jerusalem fell into the hands of the Roman Empire as Emperor Titus leveled the city and slaughter the Jews.

The same problem exists today!  All too often we’re concerned with what’s happening to our little world around us—the small hill.  And we fail to remember what God has to say about the all-destructive volcano that will erupt on Judgment Day.  “The day that is coming will set them on fire, says the Lord of Armies, a day that will not leave behind a root or branch for them.”  Think of the California wild fires leaving nothing in its path.  Likewise the arrogant are those who fill their minds with their own self-importance.  When standing before God they rely on their own self-worth.  They are people like us, that is, when God digs into our core to find liars, cheats, fowl mouthed, independent from God’s Word, rebelling against authority, eager for this world’s treasures of ash—evildoers.

The warning is well taken!  When the Son of Righteousness returns there will be no escaping his penetrating judgment.  Jesus paints the same vivid picture like this, “6 If anyone does not remain in me, he is thrown away like a branch and withers. Such branches are gathered, thrown into the fire, and burned” (John 15:6).  So, now that you know this, let me ask the question again: Do you fear God?  Don’t be so focused on the small hills of your life that are erupting, but let the smoldering hills of our life force us to look ahead to Judgment Day and take God at his Word!  God is serious about us taking his warning to heart.  When the Sun of Righteousness appears, even one little sin that isn’t paid for condemns us by nature into fire that will never end.  I don’t like hearing that, but my sin-nature must listen to it!  Otherwise we might as well join the people gathered around Malachi and push him aside for what we want.  No, rather take God at his Word that when the Son of Righteousness Shines on Sinners They will be Burned.  Let Malachi’s Advent warning bring us to repentance and sorrow over sin, and then be turned eager to hear his continuing message:  When the Sun of Righteousness appears, he also appears

Without the Son of Righteousness bringing his saving light into our lives there would be no hope, joy, peace, forgiveness or life in heaven.  So, join Malachi and believe the promise of the Lord God.  In Jesus Christ is healing and hope.  And don’t you just love the scene Malachi uses to point the picture for us? “You will go out and jump around like calves from the stall. 3 You will trample the wicked. They will surely be ashes under the soles of your feet on the day when I take action, says the Lord of Armies.”  You wouldn’t think a city boy from Oklahoma would understand this picture, it is wasn’t for my friend Jerome.  On his Minnesota farm I got to see what this looks like when his dad, Eugene, opened up the gate to the calf barn and I watched at those calves bounced around in the yard.  Talk about spring in their legs!

This points to Malachi as a true prophet of God.  Yes, he must proclaim law and gospel.  Yes, the threat of sin’s curse must be heard by our sinful nature to keep it in check.  “4 Remember the law of my servant Moses, which I commanded to him at Horeb to serve as statutes and judgments over all Israel.  5 Look! I am going to send Elijah the prophet to you before the great and fearful day of the Lord comes!  6 He will turn the hearts of fathers to their children and the hearts of children to their fathers. Otherwise, I will come and strike the land with complete destruction.”  There it stands.  Just like Moses and Elijah and John the Baptist—they all proclaimed God law to keep a fence around sin, and God’s forgiveness through his Son where we live in peace.  And there’s added joy for us!  We get to be proclaimers of that same joy!  It is the message of our God that sheds light on sin, and sheds light on Jesus—the solution to sin for us and for all who fear his name.

So, now that you know more about the Son of Righteousness Shining on You let me ask again: Do you fear God?  If you answer, “No” then you should be afraid of him.  If you answer, “Yes,” then you shouldn’t.  Therefore read the last word in Malachi, “destruction” and take God’s threats seriously.  But, don’t stop reading. You know the Son of Righteousness, Jesus Christ, is also revealed on the pages of Scripture.  Read about Jesus who was born for us.  Read about Jesus who came to be burned on the cross for you and to shed light to your heart to see salvation in him.  Then share this vital message with the nest generation—“6 He will turn the hearts of fathers to their children and the hearts of children to their fathers.”  Malachi ends with the world “destruction.” So, do you know how the last verse of the Bible in the Revelation of St John ends?  “The grace of the Lord Jesus Christ be with all the saints. Amen.” (Rev 22:21). 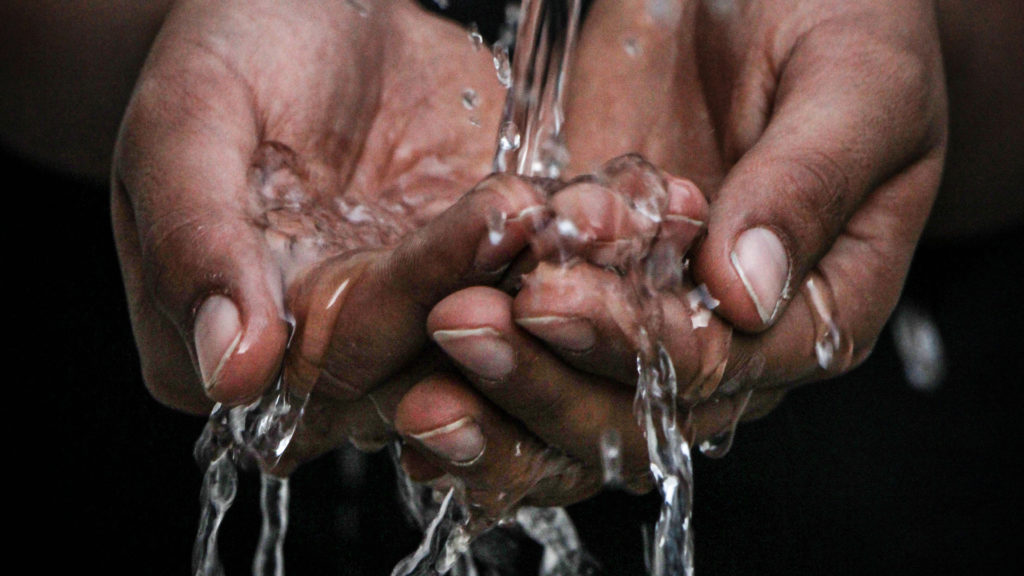 Baptized believers rejoice because God has saved them!