Watch Out For The Venom!

15 Lord, I wait for you; you will answer, Lord my God. 16 For I said, “Do not let them gloat or exalt themselves over me when my feet slip.”

17 For I am about to fall, and my pain is ever with me. 18 I confess my iniquity; I am troubled by my sin. 19 Many have become my enemies without cause; those who hate me without reason are numerous. 20 Those who repay my good with evil lodge accusations against me, though I seek only to do what is good.

Last spring I took lakefront lifeguard training with my daughter in order to provide a safer environment for our kids camps at Shiloh.  Part of this training included snake bites. Snake bites have a wide range of effects. Level 1 = will cause some swelling and blistering. Level 2 = will cause bleeding [from the bite, from the mouth, or even internal bleeding]. Level 3 = Venom the numbs muscles, making breathing, speech and blurred vision.  Level 4 = Venom that causes cells to die and can clog kidneys and other organs leading to death.  Knowing this about snakes and the reminder from Genesis 3 after the fall into sin – “And I will put enmity between you and the woman,” and it doesn’t take much imagination why people have a natural aversion to creepy, slimy snakes.  I would even go so far to say that unless you train yourself to like snakes, you probably don’t need anybody to warn you, “Look out for snakes!”  Why?  Because you realize the danger.

This helps us understand the references to snakes in our lessons for today.  We recognize what Satan, sin and death has done to mankind—the Children of Israel faced snakes in Number 21 and Jesus talked about that event in John 3. This raises our attention to a whole new level when we read Psalm 38 and learn to

Watch Out For The Venom

Psalm 38 reflects King David’s heart after he was brought to his knees through either physical or spiritual sickness. We’ve seen the Lord discipline his people when they were unfaithful. For instance, the Children of Israel wondered in the desert for 40 years because of their unfaithfulness. When the Lord told them to enter into the Promised Land they failed to trust in the Lord for deliverance.  Also, King David found himself in a big hurt when he failed to remain faithful to his God. Psalm 38 is one of the penitential Psalms written by David after being exposed for his sin.  David could have looked back over his life to see God’s protection when he fought Goliath, the many times he delivered David from Saul’s javelin, and his battles with enemies where he overcame with the strength of the Lord. But, then came those days when he forgot his Lord and chased after the desires of his heart. Rather than rely on the Lord he would rebel against his holy God. His heart’s lust led to sinful actions with his neighbor’s wife, then to murder, lying and deceit. But, God knew.  It was time to warn David to “Look Out For The Venom!”

You see, God takes sin seriously.  He sent Nathan to call into account David’s sinful actions, but then to use the gospel to assure David of the Lord’s forgiveness. However, while David enjoyed the forgiveness of his sin, there would be consequences.

“13 Then David said to Nathan, “I have sinned against the Lord.” Nathan replied, “The Lord has taken away your sin. You are not going to die.14 But because by doing this you have shown utter contempt for the Lord, the son born to you will die. 15 After Nathan had gone home, the Lord struck the child that Uriah’s wife had borne to David, and he became ill. 16 David pleaded with God for the child. He fasted and spent the nights lying in sackcloth on the ground”

We don’t know if Ps 38 was written by David on this occasion, but we can well imagine David saying these words as he “Looked Around” to see the mess he had caused.

“15 Lord, I wait for you; you will answer, Lord my God. 16 For I said, “Do not let them gloat or exalt themselves over me when my feet slip.”

To some, that God caused the child to die might say God is unfair.  It wasn’t the child’s fault! But, we know better.  God is not unfair—ever. However, from our view life can seem to us to be unfair when we fail to factor in God’s perspective. David looked around and he remembered something else:

“19 David noticed that his attendants were whispering among themselves, and he realized the child was dead. “Is the child dead?” he asked.  “Yes,” they replied, “he is dead.”  20 Then David got up from the ground. After he had washed, put on lotions and changed his clothes, he went into the house of the Lord and worshiped. Then he went to his own house, and at his request they served him food, and he ate.   21 His attendants asked him, “Why are you acting this way? While the child was alive, you fasted and wept, but now that the child is dead, you get up and eat!” 22 He answered, “While the child was still alive, I fasted and wept. I thought, ‘Who knows? The Lord may be gracious to me and let the child live.’ 23 But now that he is dead, why should I go on fasting? Can I bring him back again? I will go to him, but he will not return to me”

We dare not fail to factor in God’s action. God took that child to be with him in heaven.  David confessed that he would join that child in heaven, too. He looked around and saw the havoc sin’s venom had caused when his feet had slipped into temptation, but he did not lose hope in the forgiveness God promised and prayed in regard to God’s enemies: “Do not let them gloat or exalt themselves over me.“

David had good reason to pray with such confidence, and so do you.  You recall that right after Adam and Eve fell into sin God did three things. 1) He came into the garden and allowed them to look around and see how Satan’s venom had ruined their relationship with God and condemned the snake.  2) God promised to undo the damage of Satan through Jesus.  3) He set in motion the reminders that his earth is not our home—so there would be suffering and pain, sweat and death. Yes, Look Around and Look Out For the Venom of sin, but be honest and remember to

When God sent the snakes to those ungrateful Israelites or when David realized that death had struck his son because of his sin we might be tempted to say they deserved what they got. But God had a different plan. Neither the Israelites or David were struck down with lightning immediately as a consequence of their sin, but they were given time to think about it. Perhaps the Lord was giving them time to recall the Deadly Poison of Sin’s Venom!?  By sending snakes the Israelites would look down and confess, “These snakes sting us with a poison that can take us down to the grave!” David could look down and confess “the deadly poison of sin’s venom can bring about the death of my son!” Listen to his confession!

We also need to look down…..look down deep into our hearts! We also confess that God sends trouble, heartache and pain for a reason.  Perhaps the Lord is working to bring forth a confession, “We sinned when we spoke against the Lord and against you!”  Such a confession looks down at the weight and danger of sin and how desperately we need help.  All people know that murder, stealing and adultery are sins, but when they are lead to Scriptures, when they learn of God’s perfect demands, then they look down into their hearts in order to see damnable things they had taken so lightly.  And while we hate to look down deep into our sinful hearts, it is necessary.  Much like going to the doctor when you don’t feel well. He can observe some symptoms and come to come conclusions.  But, when he draws the blood and sends it to the lab for some deep, down, exact details of what ails you, then you not only realize the sickness, but also the treatment.  And when there is treatment, then things start looking up!

When the Children of Israel and King David realized their sin and confessed it, who can describe the joy in their hearts when the Good News of being forgiven was proclaimed to them? Now they could come to the Lord in order to pray as the Good Lord had promised: 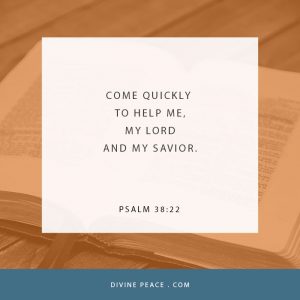 This was not the prayer of a man in doubt, but a man with hope and confidence in his Lord in heaven. It was this same confidence that filled the hearts of God’s people when they heard the news, “Moses put a bronze snake on a pole and all who see it will live.” God connected his promise to a snake and it brought relief when they looked up.  God connected his promise to a Messiah and it brought relief to King David.  God connects his promise to the cross of Christ and it brings relief to you.  Jesus took on the flesh of a human being, but he had no sin. The bronze snake was lifted on a pole and Jesus was lifted on a cross. Whoever believes in God’s promise of relief from poison looked up to a bronze snake.  Whoever believes in God’s promise of relief from sin by looking up to Jesus lives forever. Therefore, our confession of faith joins with David in Ps 38

It is a good thing when there are trained lifeguards on duty.  The hope is that you’ll never need to use their training.  But, if someone is bit by a snake, we have training in order to help them receive the medical help they need.  It would still be a good idea to keep an eye on your surrounding, look down and look up.  How much more so for the deadly venom of sin and death.  IN Jesus Christ we have the antidote.  In Christ our God has declared us not guilty from sin’s venom. Thank you, Lord, for giving us faith that looks to the cross of Jesus who has freed us from sin’s curse!  Amen! 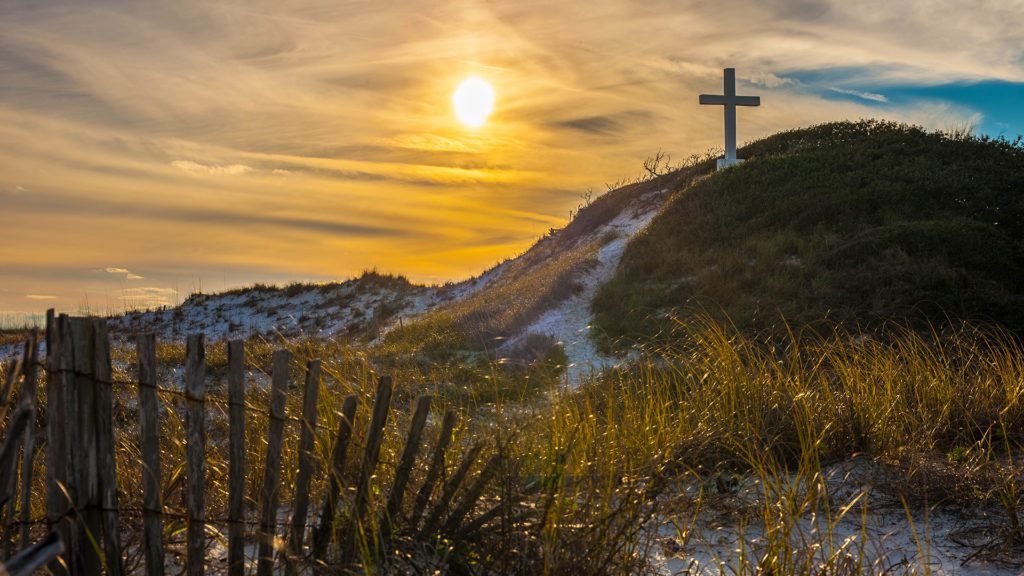