1 When the Sabbath was over, Mary Magdalene, Mary the mother of James, and Salome bought spices so that they might go to anoint Jesus’ body. 2 Very early on the first day of the week, just after sunrise, they were on their way to the tomb 3 and they asked each other, “Who will roll the stone away from the entrance of the tomb?”

4 But when they looked up, they saw that the stone, which was very large, had been rolled away. 5 As they entered the tomb, they saw a young man dressed in a white robe sitting on the right side, and they were alarmed.

6 “Don’t be alarmed,” he said. “You are looking for Jesus the Nazarene, who was crucified. He has risen! He is not here. See the place where they laid him. 7 But go, tell his disciples and Peter, ‘He is going ahead of you into Galilee. There you will see him, just as he told you.’”

8 Trembling and bewildered, the women went out and fled from the tomb. They said nothing to anyone, because they were afraid.

After a week of rain, a father and son were standing on the front porch one evening when the son turned to his father and asked him, “Is the sun going to come out tomorrow?” The father smiled, looked down at his son and said, “I am not sure.”

As time goes on, you have bigger and bigger questions about the future. When you are young the future seems so full of potential, simple too. As a kid you wonder what the weather will be like so you can play how you are going to play. As a kid you wonder what it will be like to be done with chores and homework, making your own money and your own decisions. As a kid you dream about how wonderful it will be when you are an adult and you free to do whatever you want. Then you wake up when you are 25, 35, 45, 55, 65, 75, 85, 95, etc. and realize the future and growing up brings far less freedom than you thought it would and far more fears about things you cannot control.

When the women were walking to the tomb on the first Easter, they had questions about the future. The immediate question on their minds was about the large stone at the entrance to the tomb and how they would move it to finish preparing Jesus’ body for burial. The more important fear though was what a future without Jesus would look like. Then, the women arrived at the tomb and their immediate fear was gone because the stone had been rolled away, but as with most of our immediate fears, another quickly took its place. The women approached the tomb, entered it and there was someone in the tomb. In Mark 16, we read, 5 As they entered the tomb, they saw a young man dressed in a white robe sitting on the right side, and they were alarmed. 6 “Don’t be alarmed,” he said. “You are looking for Jesus the Nazarene, who was crucified. He has risen! He is not here. See the place where they laid him. 7 But go, tell his disciples and Peter, ‘He is going ahead of you into Galilee. There you will see him, just as he told you.’” The angel who spoke to the women filled them with more fear and questions. So, they left the tomb, not saying anything until they found the disciples.

Fear of a future without Jesus is terrible. In 1 Corinthians 15, Paul put it like this, 19 “If only for this life we have hope in Christ, we are of all people most to be pitied.” If the women only had hope in Jesus to be with them in this life they were to be pitied because he could teach great truths, heal the sick, be kind to the poor, disenfranchised and those on the fringe of society, and that would last a while for the women until they were 25, 35, 45, 55, 65, 75, 85, 95, etc. but then they would die and all things considered Jesus nor anyone would not have done them any good.

You are to be pitied if you only have hope in Jesus for this life on earth. If your immediate needs are the ones you want Jesus to take care of, then you will be disappointed. If Jesus is your get rich quick scheme, then you will die poor. If Jesus is a catch phrase you use when dating to try and find someone nice or naïve, then you will end up hurting someone else and yourself. If Jesus is a word you use to express your anger and frustration, then you are stacking up God’s anger and frustration at you. Jesus is not a trendy brand or movement to get behind. Jesus is not a label you can put on yourself to justify doing whatever you want in this world. When you and I only use Jesus for our lives here, then you and I are to be pitied most, and you and I must admit we are sinners. As Paul continued in 1 Corinthians 15, he wrote, 21 “For since death came through a man, the resurrection of the dead comes also through a man. 22 For as in Adam all die, so in Christ all will be made alive. 23 But each in turn: Christ, the firstfruits; then, when he comes, those who belong to him.” Sin and death came to you and me through Adam’s fall into sin in the Garden of Eden, but God did not leave us only to live a short life on earth, to die in the garden and face eternity in hell. God sent another man to save us.

The message the angel gave to the women to tell the disciples was that Jesus had come back from the dead. We read in Mark 14, that Jesus had told his disciples the night he was betrayed by Judas, 28 “But after I have risen, I will go ahead of you into Galilee.” Jesus knew the important plan that had been laid to for his death and resurrection, but the disciples had forgotten what Jesus told them. They saw him die, so they could not see a future with him. Then the message came to them that he was alive, and they would see him again.

Jesus’ resurrection guarantees you will see him. Your immediate future needs often get in the way of your important need for the future. The most important need you have for the future is life. You can ignore the future all you want and not ask the important questions, but there is no doubt that you will die someday. And there is no doubt that Jesus rose from the dead. In Isaiah 25, God spoke through the prophet to give this future hope to all believers, 9 “In that day they will say, ‘Surely this is our God; we trusted in him, and he saved us. This is the Lord, we trusted in him; let us rejoice and be glad in his salvation.’” These words were written for you. These words were written to take away your fears about the future. To replace fear with joy. To stop you from worrying about your 25, 35, 45, 55, 65, 75, 85, 95, etc. years in this world and see that there is an eternal future ahead of you. Your God has saved you, Jesus rose from the dead, you are free from your sins and hell, you have a place in heaven where there will be rejoicing and gladness forever.

After a week of rain, a father and son were standing on the front porch one evening when the son turned to his father and asked him, “Is the sun going to come out tomorrow?” The father smiled, looked down at his son and said, “I am not sure.” Now that father was a meteorologist, a weatherman. And from his years of experience, the father knew he could give a prediction for the next day, but nothing was certain. It is true that the more you know, the more you know you do not know. We wonder and even fear the future, and the truth is we do not know with certainty what the future might bring. Except, you do know the answer to the question, “Will the Son shine tomorrow?” The S-O-N of God and S-O-N of Man who lived, died and rose shines forever with all power and life in heaven. Do not be afraid of your future because you will see him Risen, He is risen. His is risen indeed. Amen. 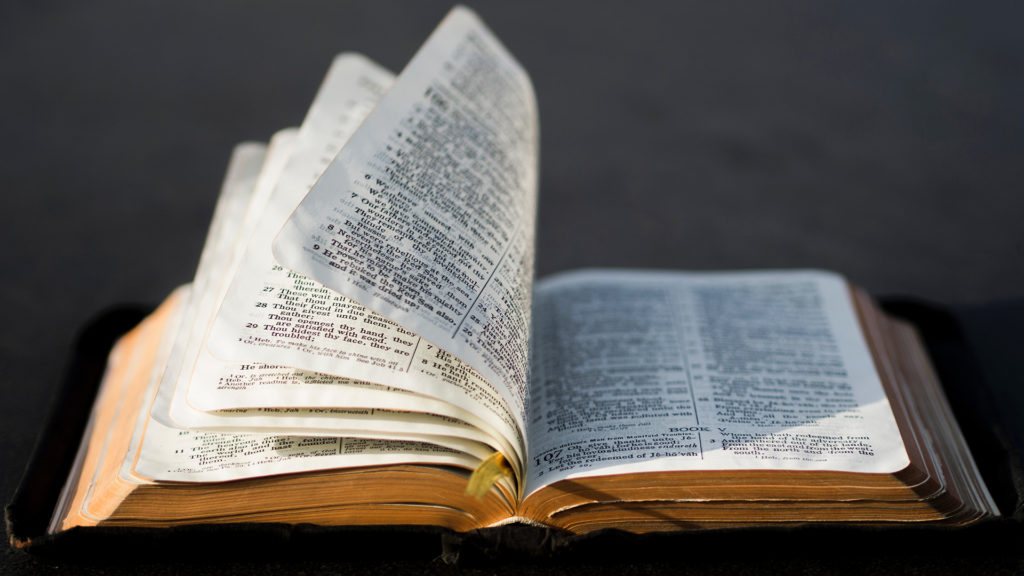 Test the spirits to see whether they are from God! 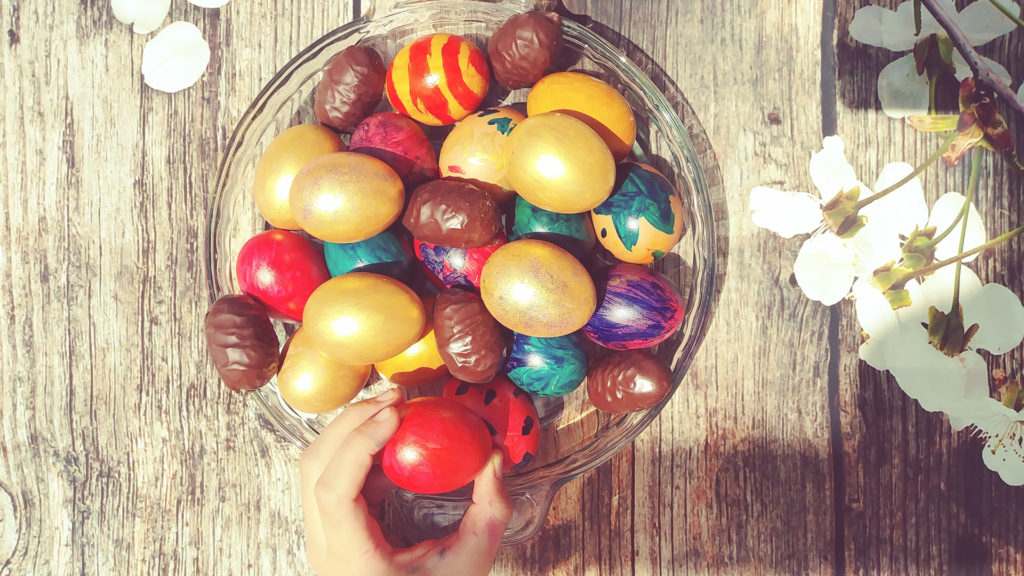 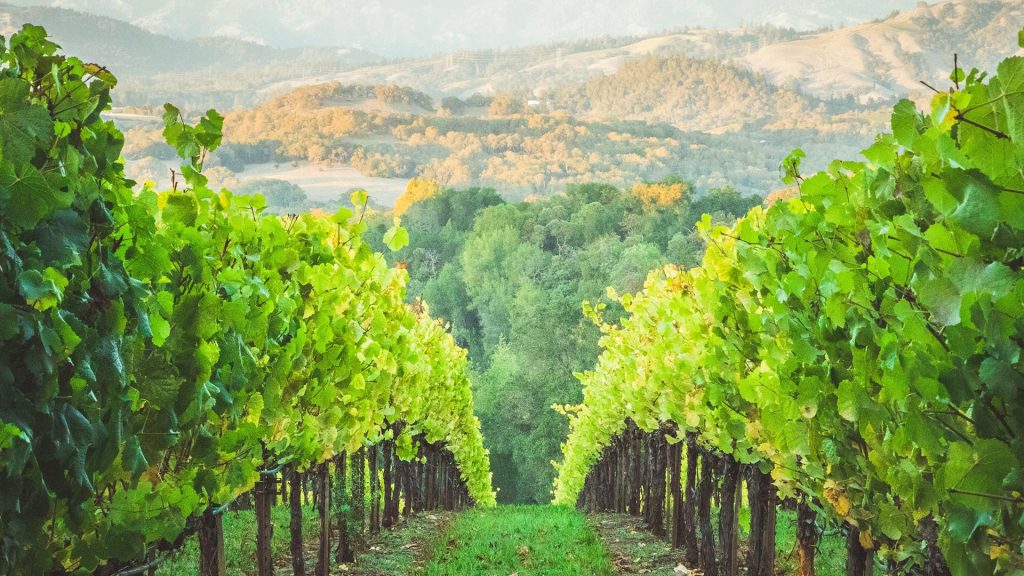 Remain in me, the true vine!

By Pastor Gunnar Ledermann | May 2, 2021
More Sermons
Scroll To Top